With LoVe from NZ 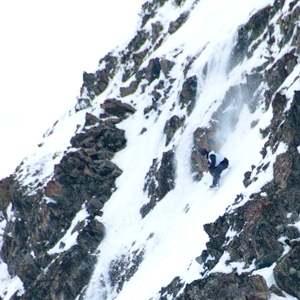 After spending parts and pieces of the last five years down in New Zealand, it’s time to share some stories.  Rather than boring you with surfing adventures, stolen van extravaganzas and general south pacific island hopping, I’ll give you a brief run down of the past winter in Aotearoa, The Land of the Long White Cloud.  Feel free to click through the link below each photo to view the full story w/ photos and video on my blog colinboyd.wordpress.com. Hosts – Irish Andy and Helen.  Obviously mates with the Garden!

The winter came late, but due to perfect timing with the Chilean Volcano malfunction, I was able to spend a couple weeks in Sydney hanging with good friends while the sky filtered its particular matter out of the danger zone. A pow day at TC is like nowhere else…

When the winter came, it delivered a week long storm loading 6 ft + of fresh on barren slopes.  Avy danger was high, but so was the stoke on opening day at Treble Cone with some of the best NZ pow conditions I have ever ridden.  Of course, in typical NZ style the wind ripped it back to ice and rock within days, but as I’ve learned down here – drop everything when it’s on. The competition season came quickly with the first event, the Treble Cone Triple Comp (Banked Slalom, Norwegian Downhill and Expression Session) a week after opening day and the NZ Snowboarder Banked Slalom the following week.  I took out first and second in the events and was stoked to be heading into the big mountain events with some podiums under my belt. I was also able to squeeze in a cheeky surf mission out to the remote West Coast of NZ for most of a week.  This was perhaps the highlight of my winter even though it had nothing to do with the snow – check the link! The Chill Big Mountain Series had been an event I wanted to compete in three seasons ago, but due to major injuries two seasons in a row I had to patiently ice those dreams with my legs.  This season was different and I got amongst the four day / two part event set at Craigieburn and Mt Olympus.  The snowboard field was smaller than the skiers but fellow competitor Ruari Mcfarland had me riding lines like the one above to try and stay in the top position.  Ruari ended up clinching the win on both days and I was happy to come with 2nd.  Stoked with a result and points for the WFQT, all eyes were on the Export Extremes, a 4 Star WFQT at Ruapehu (North Island). With serious FWQT points to be earned and a big prize purse, the event drew in a raucous international field of ski bums.  The conditions and terrain were equivalent to Tuckerman’s Ravine in early March; aka bullet proof hike-to alpine terrain with big exposure and steep faces.  I was quite stoked to have my East Coast roots representin and an ice axe for the ascent!  I came out of the qualifiers on top and picked a line in the finals that only myself and Sam Lee (3rd place skiing) rode; direct fall line with a wind lip pinch-gap to wind lip over fairly critical exposure.  With two podiums in the Big Mountain events, I am currently leading the World Freeride Qualifying Tour and looking at a European expedition to gain some more points. Export Extreme from The Daily Dump Snow Report – These guys are rad! With spring rounding the corner, Snowpark sessions proved to be the theme with next to no one around, save the loc-dawgs having a ball.  The pipe and legendary triple line were in primo shape and it was good to beckon the dormant freestyle skills out of the bag. With the mountains closing in early October, we opted to venture on into the NZ backcountry with a three part expedition.  The first required a 1,000 meter climb up to Mt Brewster Hut – base camp for two days and a great place to cut our teeth splitboarding and practicing glacial travel techniques.  The second portion of the trip required a heli drop off / pick up near the top of Fox Glacier where we spent four days touring around Pioneer Hut and the many glaciers surrounding.  The third portion popped up within hours of getting back to the valley floor of Fox Glacier.  After speaking with legendary kiwi snowboard mountaineer, Shane Orchard, we were invited to join their crew to explore Mt Una deep in the northern ranges of the Southern Alps.  Shane also prepped me on another trip that has yet to take place, though I am quite excited to take part.  Here we will be heading out to glaciers, The Garden of Eden and Allah to get promotional footage for NZ’s new splitboard company Splitn2. Brewster Hut – The start of the end…

So, its been an epic one for sure but it has certainly taken most of those five years to make the friends and gain the experience to make this year’s adventure possible.  It may sound glitzy, but also required long hours of work in between to pay for it all.  Blogging hasn’t seemed to pay the bills yet, so as with most things in life, you must support and back yourself in order to fulfill your dreams. Stirrin’ the radpot up Fox Glacier