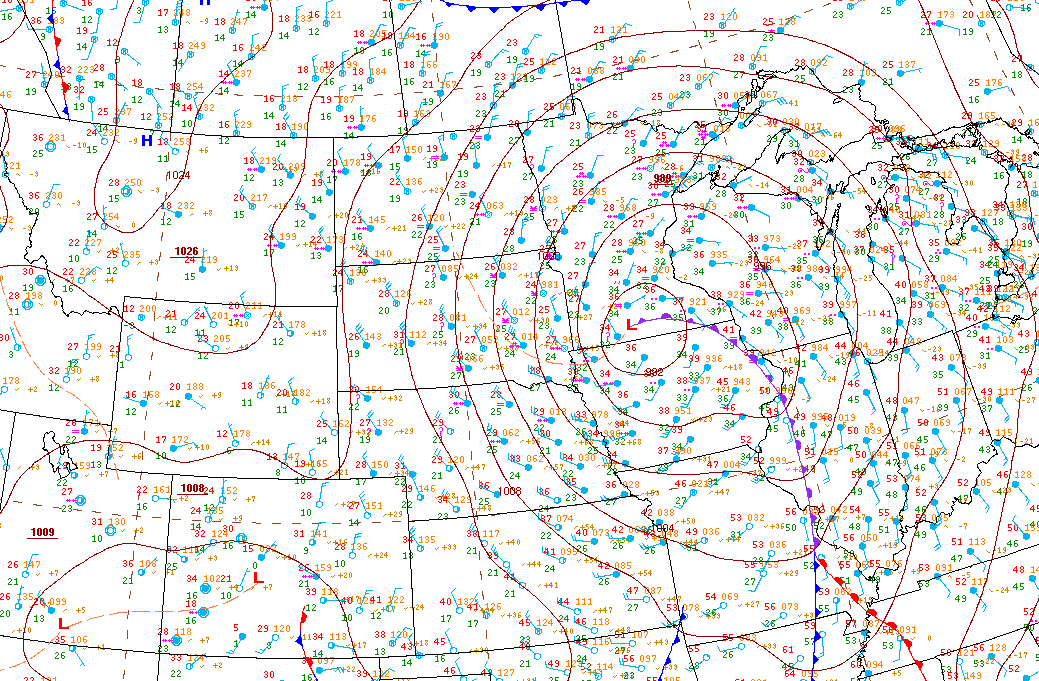 I moved to Montana in mid-April of last year, and since then, I’ve spent a lot of time exploring many of the alpine areas across the state. The landscape and the geology is fascinating, especially in Southwest Montana around Bozeman. The snow began to fall here in early October, and there have only been a few dry spells interspersed throughout the winter months so far. All-in-all, it’s been a pretty fun winter leading up to now.

When the moisture does show up here in the Northern Rockies, it’s pretty cool to see how the various large-scale atmospheric flow patterns benefit different mountain ranges in the state. Most of you that are reading this are probably intimately familiar with the ‘Bridger Cloud’ and the resulting chest-deep storms at Bridger Bowl Ski Area, but for those that are not, it’s a good example of how specific atmospheric flow regimes and the local topography of an area can combine to produce impressive snow storms. In the case of the Bridgers, any sort of northwest flow with a prominent moisture tap tends to deliver rather impressive snowfall rates for the range. If you need a little visual proof of this, check the Instagram feed here at Big Flakes –on the main page– documenting the storm at Bridger from two weeks ago. Looks deep, right?

More recently, a low pressure system centered around Nebraska set up Southwest Montana with some atmospheric flow almost directly out of the North. The moisture plume from the low extended northwards from the southwest U.S., and created some impressive shortwave bands which wound around parts of North and South Dakota. These bands hit the Bozeman area last Saturday night, and produced some impressive snow– most notably in the Hyalite Canyon area, but also to a lesser extent around Big Sky as well. Hyalite got anywhere from 10-14 inches of snow, while Big Sky ended up getting a little less. This is a surface analysis from this weekend’s storm. Although the low pressure center had moved off to the east by the time I took this screenshot, you can see how the isobars to the west of the cyclone are oriented in a mostly north/south direction. This is usually a pretty good indice of the large-scale geostrophic flow in a given area.

After checking some of the local weather stations in Hyalite for snow totals early Sunday morning, me and my friend Lucas headed up the canyon on a splitboard mission. At the mouth of the canyon, we were initially dissapointed to find only a dusting of snow. But, as we got higher up, everything started to look deep and white. We finally made it mid-way up the canyon to Hyalite Reservoir, and saw a bunch of Gallatin County SAR vehicles in the day use parking lot. As it turns out, the previous afternoon, there was a sizeable avalanche on Alex Lowe Peak below the Hellmouth Couloir. Although we found out later that the avalanche was triggered on more of an isolated instability (and that the snowpack elsewhere is mostly stable on certain slopes), we were a little dissuaded by the news, and decided to ride something a little lower in elevation and angle. We turned back down the canyon, and decided to skin up towards Cottonwood Ridge from the History Rock trailhead. We got all of our gear on, and started to tour up towards the ridge (as the parking lot began to rapidly fill up behind us). After a fairly quick skin up, we made it to the top of the second meadow. We decided to dig a quick snow pit to test the stability on the slope we were about to ride. Our ECT test yielded good results: the storm layer broke at the old snow surface interface after multiple taps, but nothing propagated in our tests. In the advent of our stable test results, we hurriedly put our splitboards back together and prepared for the descent. We began blasting turns through the upper meadows, carving through snow anywhere from 10-16 inches deep. At times, you would punch all the way through the storm snow to the firm boilerplate layer below, but aside from that, it was a blast. Lucas touring with the Dynafit setup. Stella is ready to charge.