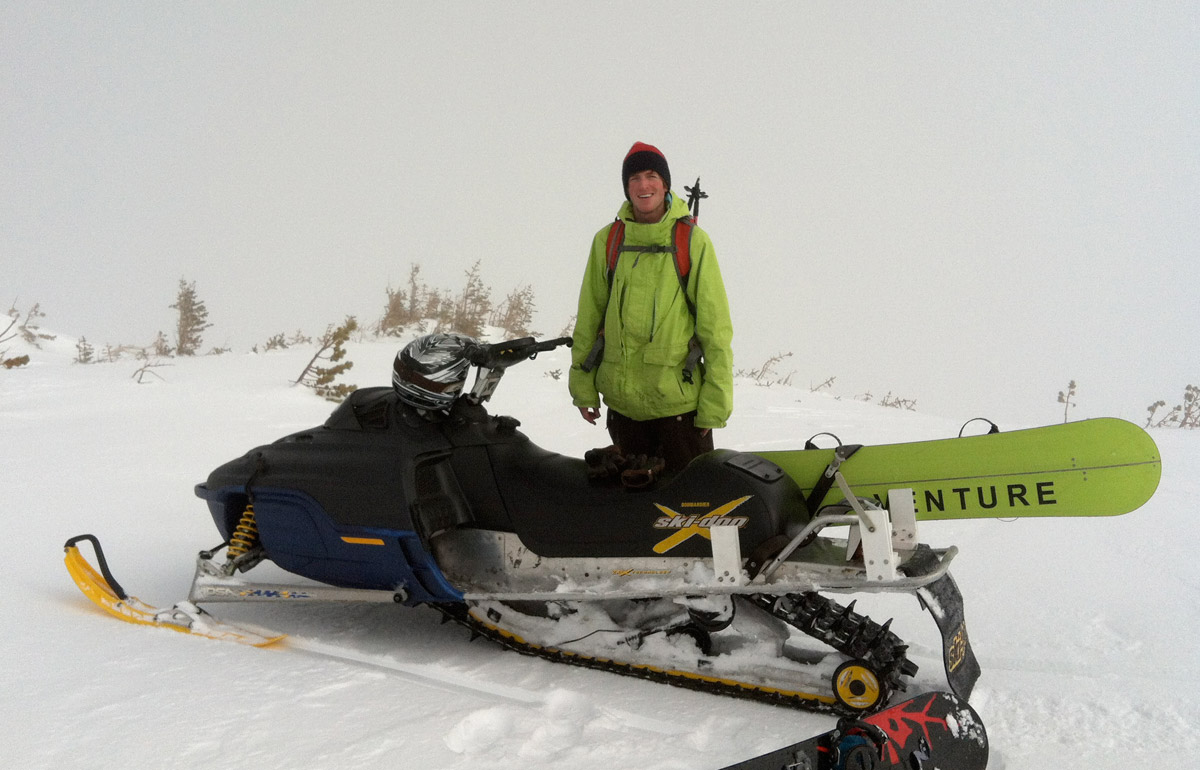 Joel and I finally ventured up to mt.Adams last weekend (2/12/12) after seeing that Meadows got 8″ of fresh at 6500 feet and up.  There was a good snowpack down low so we rode the lower road out to the Lahar.  Firm trails required a few breaks for the machines to cool and scratches were a must.  We didn’t see any traces of new snow until about three quarters the way up the lahar.

At 7200feet, we made a 1500-vertical foot snowboard lap from up high on the opposing ridge of the Wall of Wonder, where we usually ride.  We rode four inches of thick wind-blow snow, which had adhered nicely to the icy under from the week before.  We took the lap to the valley floor and then skinned with our splitboard back up to the bench where we had a sled parked waiting to cut out the second half of the skin for us.

The snow wasn’t half bad making for some fun turns and great snowmobiling.  We finished it off with three laps on a nice wind-filled face before heading down.  This edit was shot during one of those laps.