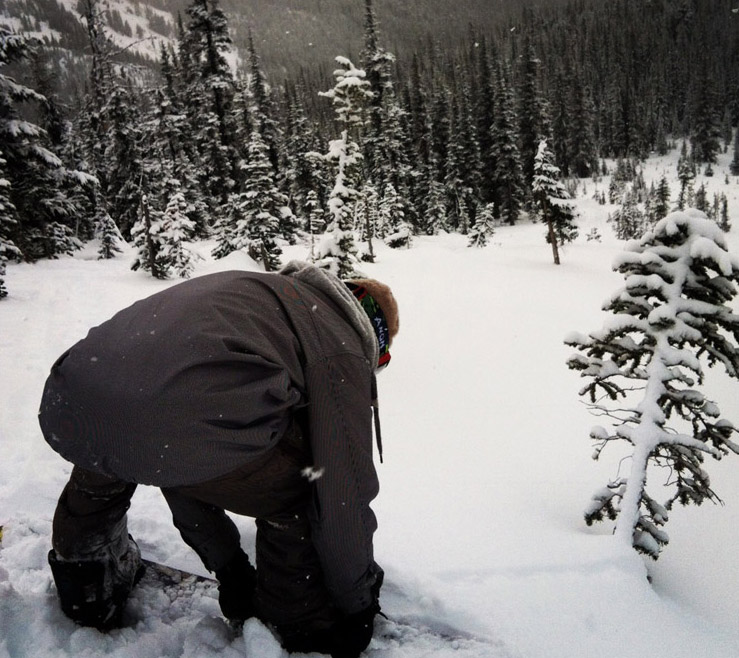 Joel, Kelso and I loaded up the new crew rig for a weekend of Washington backcountry exploration in mid January.  Kelso, not messing around, ditched the idea of an old 4×4 van as a winter vehicle/snowmobile hauler and went with a more reliable and capable towing vehicle, as seen in this edit.  Let’s just say we rode in style up to Washington, in snow, with three machines.

The Cle Elum riding area looks very promising on maps, with huge peaks rising out of tight valleys.  We were very impressed with the snowmobile infrastructure in the Salmon La Sac region, groomed trails leading 10+ miles in to climbs up and large parking lots for loading and unloaded.  This trip however, turned out to be more of an expedition than a snowboard trip, as many sled mission tend to.

We had three days of riding, the first of which we toured 60miles of trails trying to find a way up high.  On day two we found the singletrack trail up through a steep forest that leads to the high alpine bowls.  It took some directions from a local rider to lock in the route. The low snow year and snowy conditions made for slow progress and few laps on the boards but a solid zone noted for day three.  On our third day, we packed up early and raced to the trailhead.  We stayed tight as a crew of three sledders and worked our way from 2,500ft, 14 miles into the backcountry at 5,500ft.  Low density, fresh snow stacked high on a 400-500 vertical foot pillow run.  The avalanche stability tests brought smiles to our faces and sled laps soon followed.  We were making pretty good time on this run with a full rotation taking about 45min to complete and four laps for each rider before we headed back to the truck for a long drive home.

The Cle Elum area is very mysterious despite there being groomed trails and sledders everywhere in the valley bottom.  It’s not the easiest area to get around and touring gear is suggested but there are some beautiful untouched mountains that have the right steeps and get great snow.  Worth a visit for sure.