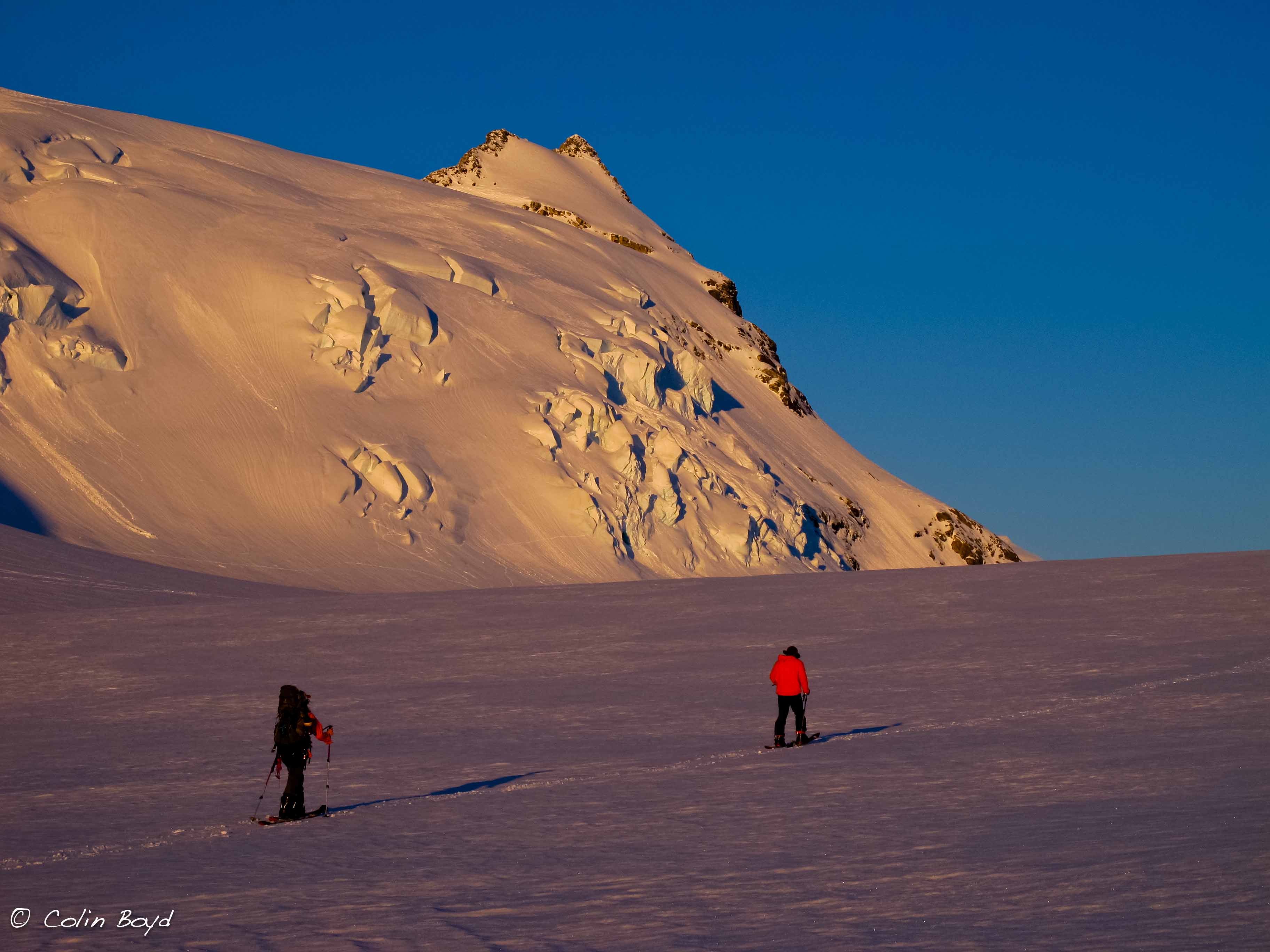 Looking for a good read?  Click through the link below to Collin Boyd’s blog post from one of his adventures in the land down under.  Read the excerpt below for a taste.

The 23rd October 2011 was a historic night for New Zealand. But while nearly every kiwi throughout the world cheered the All Blacks on to win the Rugby World Cup Championship, eight of us watched lightening crack across the spring sky, reflecting off the surrounding mountaintops between thunderous booms. The patter of precipitation was constant. Three days into a 5-day backcountry splitboard trip in the Southern Alps of NZ, we were camped on a little known glacier called “The Garden of Eden.” John Pascoe, the man who bestowed such a fitting title, first laid eyes on it in the 1930’s, and has since been described as not a hospitable place to weather a storm. Not heeding that advice, we found ourselves pinned down on the Garden of Eden, a place as epic as it sounds, in the midst of one of the larger storms of the year.